A map, produced by GRDA, shows the off road trails area below Pensacola Dam, along with the new restricted eagle nesting area.

Langley – The discovery a new bald eagle nest, in an area below the Pensacola Dam main spillway, has prompted the Grand River Dam Authority to install new signage in that area, advising the public of the nest and that disturbing it is a violation of the Bald and Golden Eagle Protection Act, which could result in a criminal fine of $100,000. A portion of the spillway area, popular as an off-roading destination, will also be closed to visitors to help protect the nest.

“While much of the off-road area is still accessible, we want the public to be aware of the sensitive nest area and the reasons we must close access to that portion,” said GRDA Vice President of Corporate Communications Justin Alberty. “It amounts to approximately 50 acres around the nesting area but will also include some trails that lead towards the nest.”

Guidelines, established by the United States Fish & Wildlife Service, recommend closing access around nests to allow for a buffer zone of 330 to 660 feet between the nest and public access, depending on exact locations and topography. The restricted area below Pensacola Dam is centered approximately three-quarters of a mile south of the main spillway. The new “nesting area/no trespassing” signage designates the closure in that area.

“We continue to stress that most of the off-road area below the spillways will still be accessible,” said Alberty. “However, we do appreciate the public’s cooperation in obeying the signage and helping to protect this nest area.”

For those interested in viewing the eagle activity below the dam, GRDA recommends doing so from the designated “Eagle Pass” area, located on the west side of the spillway channel. To access “Eagle Pass” follow Broadway Avenue south out of Langley to N4475 Rd (the road that runs below Pensacola Dam). Go east on N4475 until you cross the bridge, then turn right (south) onto the dirt road and follow it around to the eagle viewing areas. Bald eagles will hunt small fish, often snatching them off the surface of the water or even stealing them from other birds. The best time to watch the birds feeding is early in the morning. 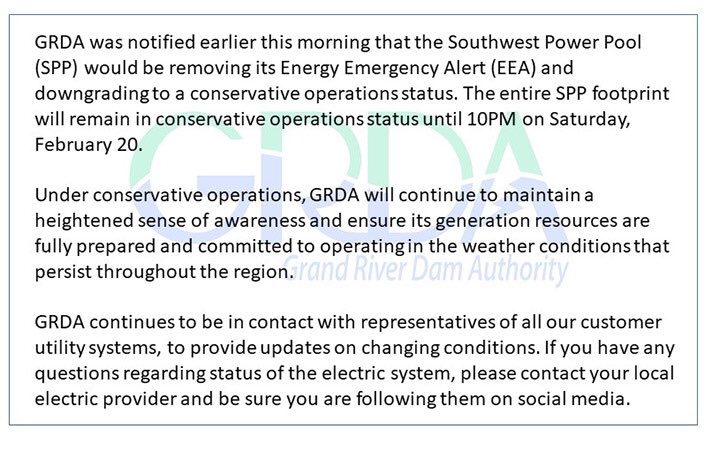 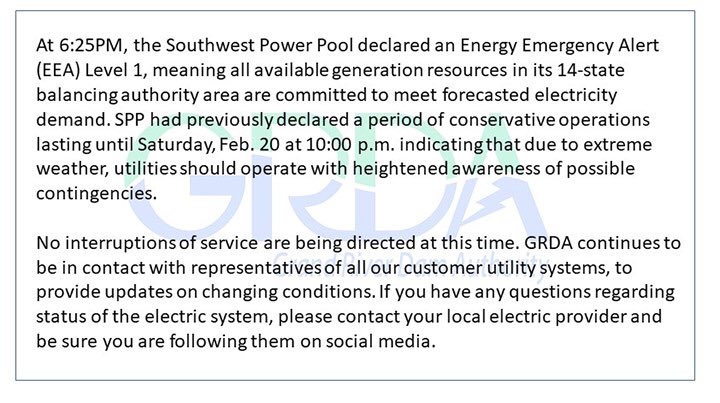 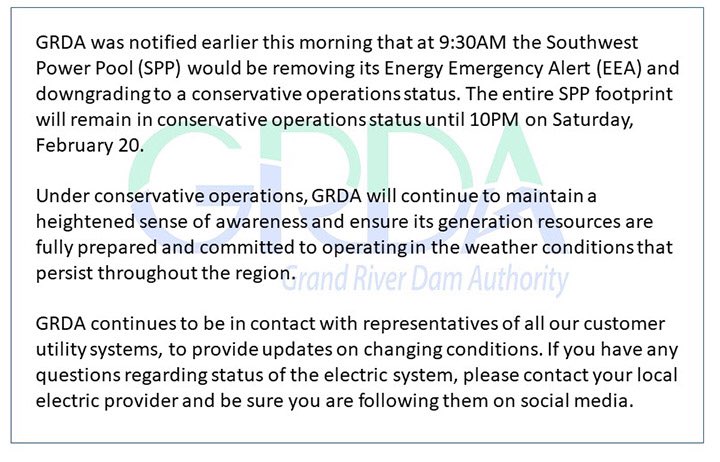